Home » News » The EOH flag is flying high, as we celebrate the golfing prowess of our very own David Thompson, iOCO’s Head Executive of the Western Cape Sales 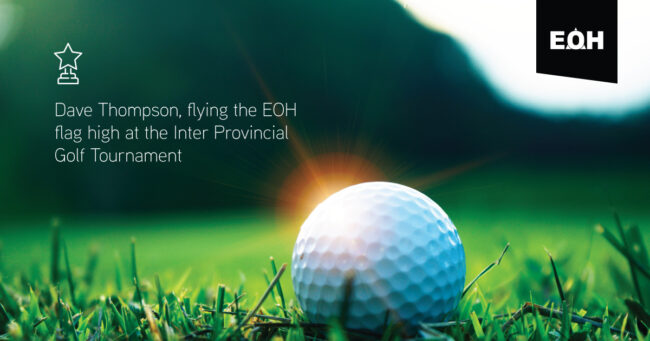 David recently represented the Western Province for golf at the WP Mid-Amateur side in the annual IPT (Inter Provincial Tournament) at the Elements golf reserve in Limpopo which took place in October 2021.

After many hours of relentless practice determination and perseverance, the WP team got off to a great start as they beat the KZN and Free State teams on Day 1, followed by a narrow victory against Ekurhuleni on Day 2.

Day 3 for the WP team was the most important session, as they came back from halfway deficits against Eastern Province and Central Gauteng to win both matches. Which of course allowed for some well-earned festivities on that evening!

“It was an incredibly intense, emotionally draining but hugely satisfying feeling to represent your province at the highest level of golf – regardless of the result. I have always been a very strong believer in the power of team spirit in sport and work,” says Thompson.

The whole will always be greater than the sum of the parts!