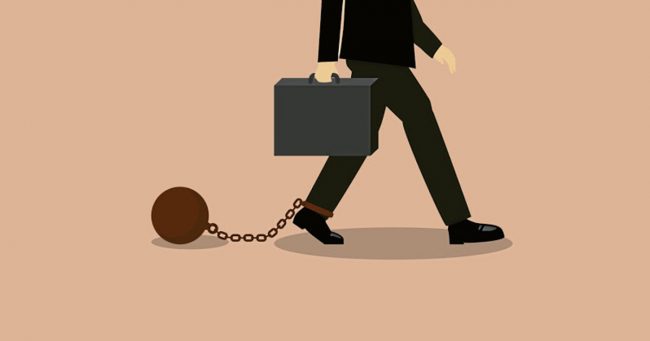 As companies around the world struggle with Covid-19, I can’t help but draw parallels between managing a company in crisis, and a country in crisis.

Strictly speaking, financial systems are a zero-sum game and so you have only a few levers to pull when faced with a crisis.

I read with interest that Sasol, for many years a stalwart of the economy (and the Industrial Development Corp’s balance sheet), made a R91bn loss for the year. This is larger than the International Monetary Fund’s loan to SA.

But it was not the size of the loss that was eye-catching, nor the fact that it effectively takes around R30bn from SA Revenue Service coffers, thus reducing SA’s ability to repay its growing debt. Rather, it was Sasol’s response to fixing the problem that was noteworthy.

It wasn’t dissimilar to how the new management at Tongaat and EOH (where I am CEO) looked to solve their inherited problems: through asset sales and partnerships to swiftly reduce debt to manageable levels. These were decisions not well received by all — EOH sold some of its software businesses, while Tongaat elected to sell its starch business.

However, the stark reality is that interest on debt doesn’t stop accumulating just because of a crisis. In fact, it usually gets worse as the rates at which you borrow tend to rise.

You only have to look at our government’s predicament. Not only have foreign and local borrowing spreads moved out considerably, the number of willing government bond buyers has dropped. This is why the Reserve Bank had to create liquidity in the bond market by buying back bonds.

The problem is that the more you borrow, the more interest you pay later. It’s like selling the future proceeds of a business by taking cash today and paying interest tomorrow.

I saw this first-hand. In 2017 and 2018, the banks lent EOH more than R3bn which was used for a number of things, including paying existing shareholders (some of whom were the previous management) dividends of around R600m. The grossly unfair consequence is that the current employees must work extra hard to repay the interest and debt back to the banks while not being able to reap their just rewards. It means the business is unable to properly invest in the future until the debt is normalised.

Through restructuring and asset sales, EOH has reduced its debt from R4.1bn in August 2018 to R2.5bn in July 2020. This has been a monumental task. Sasol, too, faces this journey, but it has at least already identified $4bn of potential sales. The speed of these decisions by Sasol is the first important step towards solving its crisis.

I have learnt many lessons while operating in a crisis. First, don’t borrow more long-term money.

Third, be proactive and increase the pace of decision-making. Don’t wait until you see the enemy peppering your defences — by then it is too late. After all, “the worst decision is no decision — you can always change a bad decision”.

Fourth, have a clear vision that you can articulate so everyone is going in the same direction.

Last, you need to build resilience to make the organisation as efficient as possible. You can’t waste resources. Interest payments in a crisis is a waste of resources as it eats time and effort while you pay down the debt.

Unfortunately, the truth is that there is always hardship before change and recovery — many at EOH can attest to this. They have forgone salary increases and bonuses and taken pay cuts, and some, sadly, were retrenched. But debt must be managed swiftly and decisively since interest compounds at an alarming rate. This is a story we have seen play out time and time again.

Edcon is a recent example — the shareholders refused to sell the Jet business when it was worth a lot of money. They could have reduced the debt while Edcon still had some equity value. But the debt, compounding at 14%, in euros, meant Edcon could not grow faster than that due to a tough environment. The rest is history.

My request to President Cyril Ramaphosa is simple: please do not mortgage the future of our children by packing on the debt. This is a real crisis and we need to keep SA’s economy afloat so we can invest in the future by creating jobs for our young people.

Now is the time to critically review your asset and cost base. Sell, or find partners for assets that are underperforming but still have value, like power stations, airlines and pipelines. That way, we can increase internal capability and reduce debt, thus allowing us to invest in growth.

Please, Mr President, can you focus on reducing SA’s debt burden — you will save our children’s future rather than selling it for our generation’s benefit. Now is the time for radical economic transformation — and that needs radical and accountable leadership.