Home » People are Cyber security’s Weakest Link. So Can Robots Do Better? 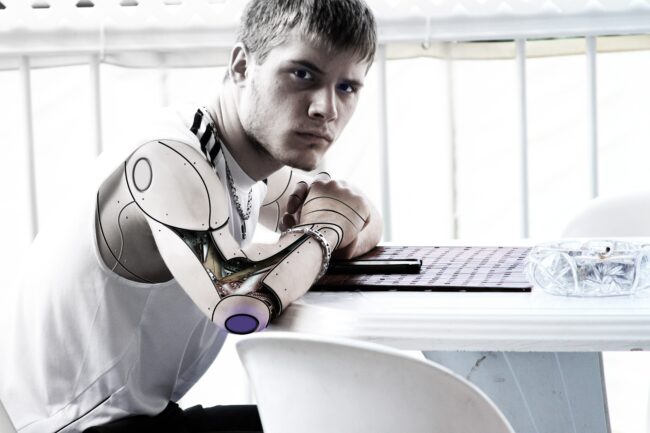 Ask any cyber security specialist about their biggest network safety concern, and it’s likely to be the human element. No matter how resilient or intelligent the cyber security solution, it’s only as effective as its weakest link, and people unassumingly, are always a risk.

Whether it’s recycling passwords across platforms, a company laptop being stolen or lost with confidential client information, or intentionally overriding company security policies to enable a security breach – humans are the weakest element in the cyber security space. Chief Security Officers and individuals in similar positions of responsibility spend a lot of their time worrying about people. Cyber security awareness training, change management, and disciplinary action resulting from security policy enforcement are insufficient to ensure that people stay on the right side of the rules. So what is the solution when people are continually the root of the problem? Remove them from the equation as much as is humanly possible with Robotic Process Automation (RPA).

Humans can’t be that risky, right?

Humans make mistakes and these mistakes can be very expensive. According to IBM’s 2018 Cost of Data Breach Report, at least 25% of all data breaches that occurred in the United States alone are a direct result of human error. This ranges from failing to properly delete data from devices, to preventable errors like clicking links contained in phishing email-based attacks, as well as mis-configured network devices and servers. Humans are also capable of negligence.  Data leaks that arise as a result of human negligence – failure to update security patches, failure to correctly configure servers with known vulnerabilities – are on the rise and now occur half as frequently as direct security attacks. Speaking of direct attacks, insider threats are responsible for at least 60% of all cyber attacks and they’re unimaginably difficult to detect. From malicious employees, or an employee whose credentials have been compromised, all of these vulnerabilities share a common root: humans.

Replace them with robots

The answer to the risk posed to reputation and revenue by humans lies in eliminating those mundane tasks that are prone to human error. Automating these tasks that implicate security by means of RPA removes the possibility of human temptation and negligence. Any mass-volume, rules-driven, repeatable process is capable of automation. Essentially robots made from code, RPA systems can handle most user-generated actions, quickly, repeatedly and without error.  If you can read it, click it, scroll it, copy or paste it, you can automate it.

In addition to bringing new levels of efficiency, by being able to work ceaselessly with minimal error and intervention, RPA also has another huge advantage in managing an increasingly digital workforce from a security perspective. When dealing with sensitive or classified information, most technological measures seem insufficient, but this is where RPA really shines. Designed to have a close-to-zero error rate, the nature of these software robots permits them to operate in an interactive but closely controlled environment where every movement is logged, and fully auditable. This brings a level of robust governance and compliance not possible with humans in the mix, as errors in performance, or instances of malicious code or employee misconduct can be traced and tracked as they occur, helping CSO’s and cyber security professionals to sleep better at night, knowing that the human risk in their cyber security strategy has been neutralised.