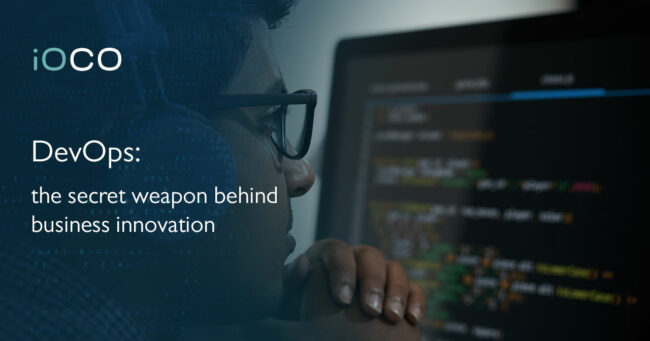 DevOps isn’t just about IT: in fact, by embracing this model, businesses can become faster to market, more agile, and better at meeting customer needs.

Every company is becoming a software company, with the ability to develop new digital solutions and services a differentiator across all sectors. In the age of disruption and shifting customer expectations, being able to deploy software quickly, frequently and reliably can give a business the edge, and those organisations with strong DevOps teams will be ahead of the competition.

DevOps is not a technology. Rather, it is a philosophy, culture and mindset that must be inculcated within a business.  It is about teams working together with a shared vision, responsibilities and goal, to move from ideation to end product faster and more frequently.

DevOps helps to eliminate the conflict that often exists between developers eager to push more functionality into a product, and operations, which tends to act with more caution.

This “new” approach creates shared responsibility and commitment so that when a problem does arise, instead of playing the blame game, they work together to solve it.

While DevOps helps teams move faster, it remains crucial that whatever is produced is still reliable and effective in the production environment. Sometimes, failures will occur.  In my opinion, a team that never fails may not be trying hard enough. The ‘fail fast and fail forward’ approach does not eliminate bugs and issues, but it does help find them faster and eliminate them quicker.

In the past, quality assessment testers might have spent days or even weeks testing everything, then bugs would need to be fixed before moving on to the next feature, which left developers stuck in limbo for long periods. In today’s DevOps environment, these tests are mostly automated, reducing the time from weeks down to hours or even minutes.

However, the right tools have to be implemented: it can prove highly frustrating when disparate tools require each stakeholder to log into a different tool or software to view the health and status of an application. It is important to implement tools and software that aggregate information in a central place.

DevOps as a secret weapon

The speed at which companies can release new features to their customers as well as the response time to recover from production issues will be the next big battleground – and DevOps is the secret weapon that can drive these from ideation to implementation faster and more reliably than ever before.

1 thought on “DevOps: the secret weapon behind business innovation”