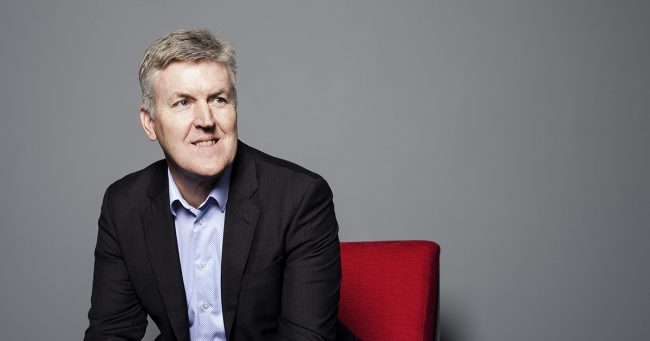 BusinessLive questions EOH CEO, Stephen van Coller, on his top tip for doing a deal, how he copes with load-shedding and his biggest regret.

This is what he had to say:

What’s your one top tip for doing a deal?

Early on, find out the opposite party’s real motivation for doing the deal. Makes negotiation much easier.

What was your first job?

I worked as a temp in the Unilever salary and wages department in my holidays, stamping pay cards. Paid R50 a day.

What is the one thing you wish somebody had told you when you were starting out?

Not all people have the same morals as you, so trust but verify in all circumstances.

How would you fix Eskom?

Given the size of the debt, you need to sell the power stations in bundles to repay the debt — maybe four bundles and then let the bundles compete in a power pool arrangement. Second, allow industry to self-generate if they want to. We would build additional capacity very quickly and competitively — it would take the pressure off Eskom and, more importantly, the economy.

How do you cope with load-shedding?

By counting to 10 while sitting in the traffic when the lights are out.

What is your biggest regret?

Not marrying my current wife earlier when I had the chance.

What’s the most interesting thing about you that people don’t know?

I am an F1 nut and a Lewis Hamilton fan from his first day in F1.

What has been your worst purchase?

Cheap toys at Christmas — they look good but never last the day.

What is the one investment you wish you had made, or made earlier?

Apple in the 1990s — I made a little money and had a big debate with myself and bought unit trusts.

What do you consider the most overrated virtue?

Friendliness — too many wolves in sheep’s clothing out there.

Do you think we need SAA?

No — many commercial airlines would fill the space. It would create a level playing field.

What is something you would go back and tell your younger self that would impress him?

Life really is a journey, not a destination. Be patient, things will sort themselves out as long as you are giving your best.

Was there ever a point at which you wanted to trade it all in for a different career? And if so, what would that career be?

No, I tend to have moved when I wanted to. I have enjoyed my career so far. However, if I had been talented enough I would have loved to be a top-level racing driver.

If you were Cyril Ramaphosa, what would you change, or do, tomorrow?

I would replace politicians with business people (ex-CEOs) in the cabinet and run the country like a business.