Home » Blogs » Are you ready for the drone economy? 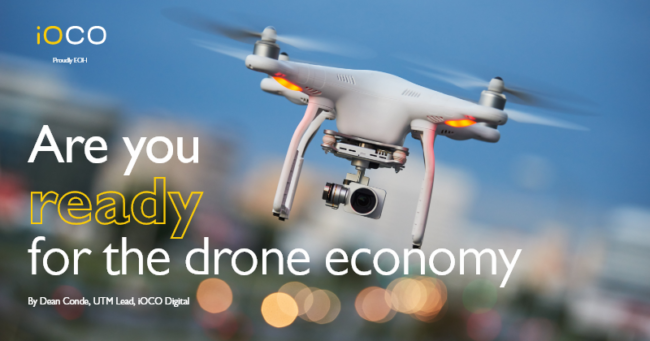 Are you ready for the drone economy?

Of all the technologies to have emerged in recent decades, one has impacted a surprising number of industries: Drones. While still in their infancy relative to other emerging technologies, Unmanned Aerial Vehicles (UAV’s) are fast finding use in construction, photography, agriculture, defence and many other industries.

Drone industry revenue in the commercial sector is forecast to grow worldwide by a compound annual growth rate of 9.4 percent from 2021 to 2026, reaching a value of 1.4 billion U.S. dollars, according to DRONEII. The biggest UAV markets today are in China and Japan, with the US market growing steadily.

Unfortunately, despite the fact that South Africa was one of the first countries in the world to bring in drone legislation, we have fallen behind many other countries. Today the US has 237 394 remote pilots and 347 957 commercial drones registered. South Africa only has 83 registered operators and 1818 drone pilots.

This situation is set to change. The applications for commercial drones are numerous, and growing rapidly. As more businesses invest in UAV’s, and as they find new applications for those investments, South Africa has the opportunity to regain its leadership position.

The drone ecosystem is much larger than anyone would first imagine. Delivery drones may be the most identifiable use case for UAV’s, but for other use cases, such as mapping and monitoring, the real value lies in the data that’s been captured by the drone. Industries and businesses that are involved in data collection, analysis, and preparation are therefore essential to the growth of the drone economy.

Similarly, it’s not just drone operators that are needed. There is a complex industry that is emerging around UAV’s, and applications such as unmanned traffic management (UTM) systems are becoming essential to avoid mid-air collisions, injury to people, and damage to property or other aircraft.

Our partnership with Altitude Angel, for example, allows businesses to access a rich source of real-time airspace, environmental and regulatory data which is expertly customised to the specific operation. This UTM solution makes it easy to define rules for drones within your airspace and to interface with any existing ATM system to provide a holistic and complete view.

Partnerships like these will help catapult South Africa back into the leadership position it should already be occupying. Leveraging the expertise of international organisations that are innovating in the UAV space will allow us to gain immediate value and open the door to our own innovations.

For example, the UK government has given the go-ahead to for the world’s largest and longest network of drone superhighways to be built by a consortium led by Altitude Angel. The drone superhighway will link cities and towns throughout the midlands to the southeast of the country, with the option to expand the corridor to any other locations in the country.

This project may well revolutionise the industry. Drones today cannot be flown without a human pilot, except in rare circumstances usually involving a flight ban to other aircraft. Skyway will enable any drone manufacturer to connect a drone’s guidance and communication systems into a virtual superhighway system which takes care of guiding drones safely through ‘corridors’, onward to their destinations, using only a software integration. Simply put, this system will ensure any company can safely get airborne and build a scalable drone solution.

With growing and varied uses in the building inspection, construction, oil and gas, agriculture, surveillance and mapping industries, not to mention rescue operations, aerial photography, thermal imaging and many more, UAV’s – and their ecosystem – will become essential to gaining and maintaining a competitive business edge.